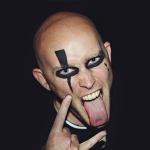 The answer to being an ancient technology is obviously to release a new version. A new version that somewhat resembles the one that made it a household name. And while being at it, move to a new language, a new way to load it, a new way to structure it and a new set of tools.

Some might even argue that this new framework should have named some other random word. That it is not truly a successor to Angular. But it doesn’t really matter what people think. It will be big. It will be used. It will be a big part of the future of web. At least for the next few months. Naming, and opinions, won’t change that. So learning it is a very good idea.

In this session you will go from barely being able to spell Angular 2, to understanding the development environment, the tools, and the overall architecture. You will even have seen Angular 2 code being composed in front of you!

As you walk out of the session, you will be ready to go into battle. You will be armed with Angular knowledge. And you will have an urge to geek out in front of your computer for hours with Angular 2!

Chris Klug is a problem solver, or creator depending on who you ask, that loves creating and building things. Whether it be a new application, a new kitchen or a new RC helicopter, you will see him building things all the time. Most of the time, that means writing code and solving problems for clients at a company called Novatrox in Stockholm though. Except for the many days he spends at conferences and usergroups, talking about doing things he is passionate about, and for the days he goes mountain biking, IPSC shooting, kiteboarding or RC helicopter flying. For the last 15-something years, he has been solving problems for customers, and loving it. But if he gets to choose, he'll go to the beach and kitesurf every day!