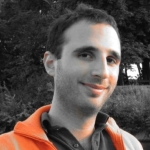 Git has become the de-facto version control system of our industry, and for good reason. What you're able to achieve with Git is unmatched by any other version control system that came before it. But for all its power and flexibility, Git has one terrible flaw: its complexity. You won't find me arguing with that. However, I don't believe that Git is hard to understand. In fact, it's quite the opposite — Git is surprisingly simple at its core. The key to unlock its power is to understand it at a fundamental level.

In this session, we'll do just that by going through how Git works from the ground up. We'll start out by understanding Git's fundamental concepts and how they're implemented in the object model. From there, we'll work our way up to the user-facing commands and learn to take advantage of Git's unique features to craft a beautiful history without having to compromise on our working style.

If you ever wished you knew how Git really works, come to this session and find out.

Enrico is a freelance programmer, teacher and mentor with a strong passion for quality and good old fashioned knowledge sharing. He loves typing on mechanical keyboards.